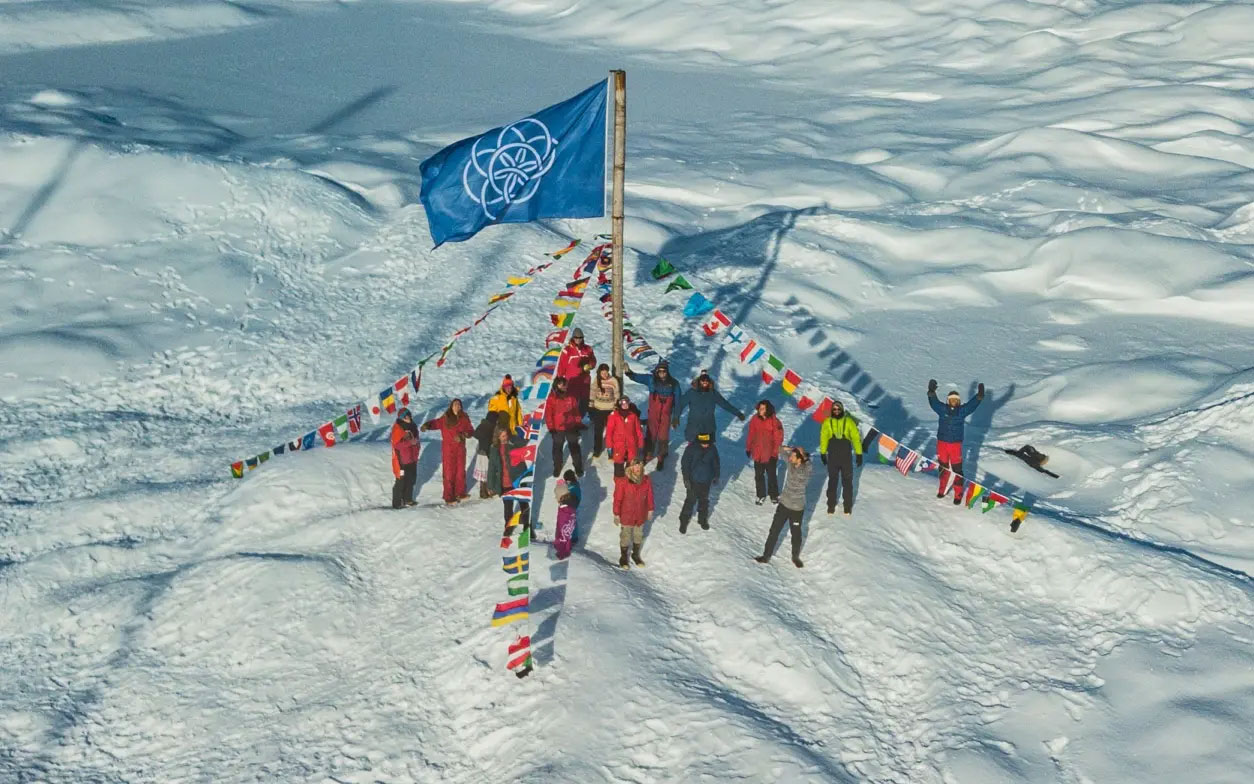 Planting of the EarthFlag - The start of our journey

The EarthFlag has been developed by the EarthFlag Foundation as a flag for planet Earth. It serves as a symbol of unity and a reminder to care for each other and the planet we live on. To create a starting point for its legacy, the flag was planted in the melting Arctic ice on 21 September 2018, the International Day of Peace. Captain Clemens Oestreich sailed the NorthWest passage on his ship Infinity together with a crew of 22 members of 12 nationalities. The challenging and courageous journey to plant the EarthFlag was captured on film and broadcast in a 6-episode documentary series on Discovery Channel worldwide, titled ‘Expedition to the Edge’.